The university’s history in hockey dates right back to the beginning; back to 1979 when King’s took to the ice for the first time playing in a Christian men’s league. For the next 20 years, men’s hockey would be King’s flagship team.

If you attended or became acquainted with King’s after the turn of the century, you may not be aware of how big a deal hockey once was for this university. True, King’s never entered hockey into official intercollegiate league play, but to say the university never fielded competitive hockey teams would also be an understatement.

The university’s history in hockey dates right back to the beginning; back to 1979 when King’s took to the ice for the first time playing in a Christian men’s league. For the next 20 years, men’s hockey would be King’s flagship team.

“For a while, even after the launch of new ACAC teams, hockey was one of the important games to be at,” states Keith Nanninga.

Nanninga played men’s hockey at King’s in the early 90’s and although the university was in the process of launching new ACAC caliber court sports, King’s continued to get really excited about hockey.

The Eagles hockey team travelled across Alberta playing teams from local churches and Christian colleges. Decent rivalries formed against Trinity CRC and Concordia University College. None, however, stood out more than the one which formed against Edmonton based, North American Bible College (NABC).

Games - full contact within the blue line - against NABC were true battles and came to a head at winner take all matches at West Edmonton Mall. The upper and lower bowl of the indoor ‘Ice Palace’ would be packed with “intense” fans on both sides. Many of the athletes on King’s hockey teams had little in the way of competitive experience. Most were guys who grew up playing the sport, but never seriously. However, head coach Bob Day wasn’t afraid to run practices and coach the men as though they were a ‘real’ team.

The glory days of Eagles hockey arrived in the late ‘80s when a mythopoeic rag tag group of outdoor rink/community leaguetrained athletes rose to league eminence. During this time, the men’s hockey team even toured Europe. 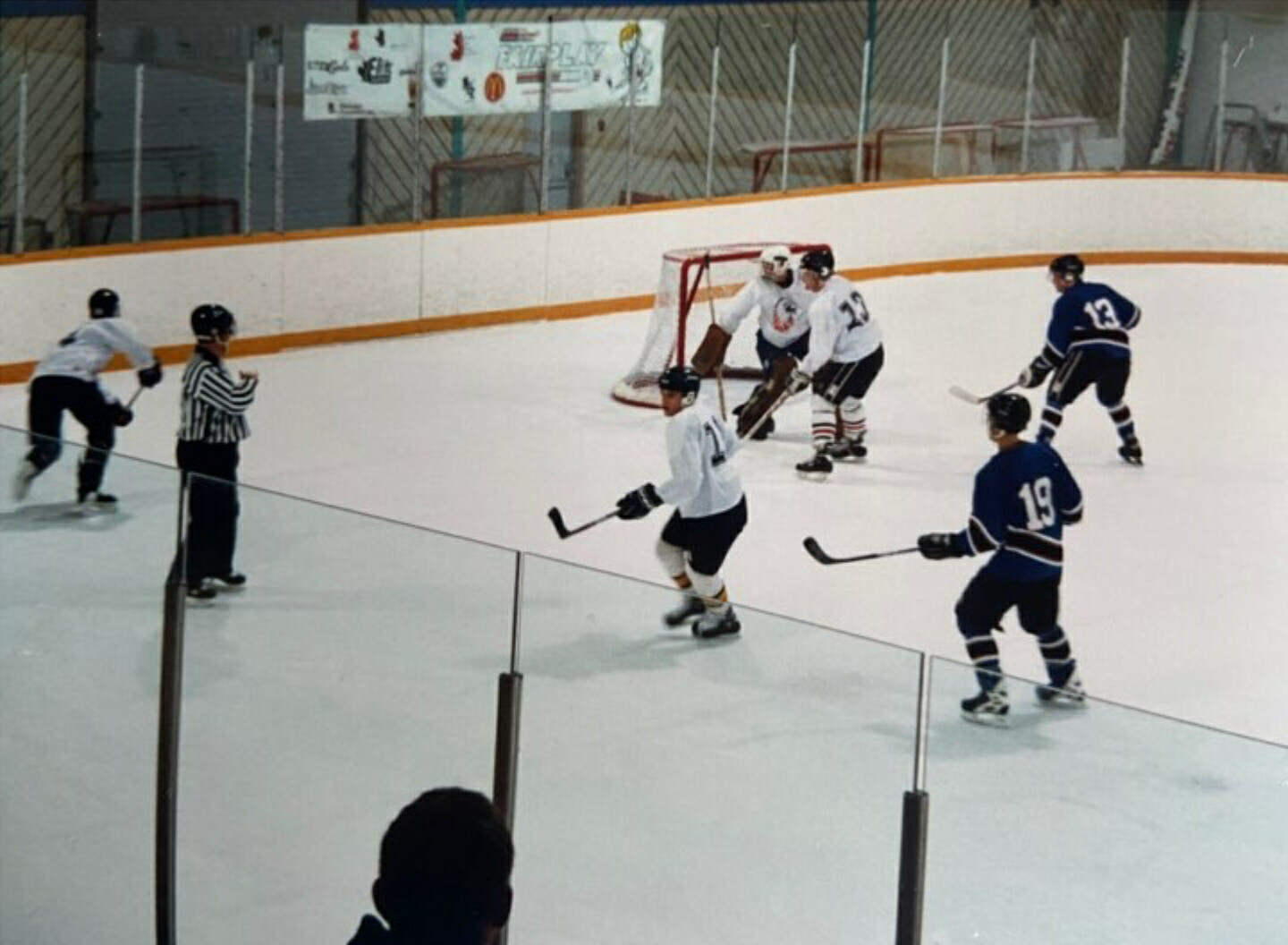 “The atmosphere at games was just awesome,” recalls Nanninga. “Huge crowds found their way to whichever arena we were playing at. Every group of fans had their pre and post-game rituals.”

Slowly but surely, as King’s ACAC teams began to gain traction and a foothold in the ACAC, attention slowly shifted towards games with higher stakes.

Today, though Eagles hockey teams continue to play in local rec leagues, the days where hockey mattered — where it really truly mattered — are little more than a part of King’s folklore. However, every now and then, a group of students will walk past the hockey team boards from years past in the athletics breezeway and with a spark of wonder, hope that one day hockey will matter at King’s once more.