Around the world, one billion tires wear out each year. Many are recycled, but through a mechanical process that turns them into other products, such as playground surfaces. If rubber could be chemically recycled – broken back down to its original molecular form and reused to make new tires, think how many raw materials would be saved. It’s a goal that has fuelled research at major universities.

In recent years, six King’s students have joined the search for synthetic rubber that can be chemically recycled. “We’re looking for ways to use resources in better ways,” notes Dr. Kristopher Ooms, who employed Theodosia Babej to continue the work this summer. “It’s certainly relevant from a creation care point of view.”

James Pearson and Mckenzie Oliver were the first students to take on the challenge, which they chose as their senior thesis in 2016. “We wanted to find a project that cumulated all the stuff we learned in the past years,” James says. “This seemed to cover most of those bases.”

After reviewing the literature and soldiering through weeks of experiments with frustrating results, they were able to replicate previous research. James recalls the “aha” moment when their first flask
of cyclopentene polymerized into a hard rubbery substance – and then the miracle of turning that substance back into a liquid monomer at a higher temperature.

With a workable method finally in hand, the duo began testing other silicon-based functional groups suggested by previous research. The work earned them King’s senior thesis award for 2017.

Both James and McKenzie have since entered graduate studies in chemistry at the University of Alberta. Meanwhile, four other students have continued the search for recyclable synthetic rubber: Amanda Ciezki, Jaret Foster, Aaron Schmidt and now Theodosia Babej. The team has nearly finished analyzing a set of 11 promising functional groups, only two of which had undergone testing before. By examining how each one performs, they hope to learn more about the thermodynamics behind the shift from polymer to monomer and back again. 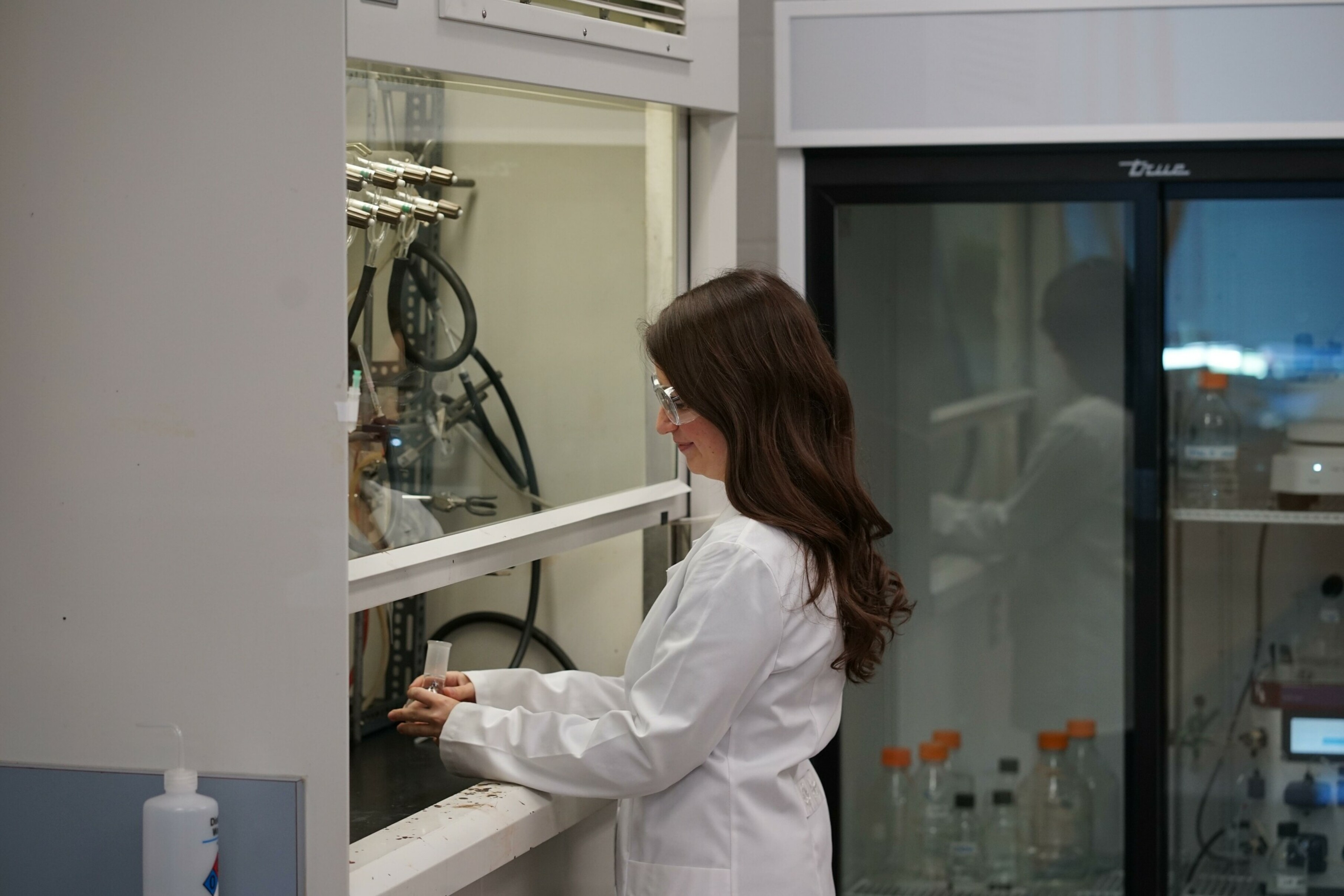 This research is far from rubber hitting the road, Dr. Ooms notes. There’s also the challenge of separating other materials used in making tires from the rubber. What’s more, the catalyst being used to initiate the shift to and from rubber contains ruthenium, a rare and expensive metal. Work will be needed to find an alternative.

Meanwhile, students are gaining valuable experience as they build a catalogue of findings to inform future exploration. “These projects are interesting and publishable,” Dr. Ooms says. “But our central
goal is to expose students to what research is really like, so they know what they are getting into if they go down that path.”

James says work on this project whetted his appetite for more. “It definitely showed me that I belong in a lab,” he says. “The cool thing about research is that you stand on the frontier of what’s known and not, and it’s up to you to work the problem and figure it out.”