To the Netherlands, with song

For the first time ever, singers from all three King’s University choirs toured together this summer, traveling to the Netherlands in May to give 10 concerts in two weeks. (Previous international tours, to Germany in 2011 and to Eastern Europe in 2014, involved students and staff, but not our community chorus.) The 58 singers blended perfectly despite a 50-year age gap, creating beautiful harmonies, lasting friendships and much collaboration.

King’s President Dr. Melanie Humphreys not only added her voice to the soprano section, but opened every performance with a greeting. As she pointed out, this tour honoured the Dutch heritage of our university’s founders at a time when visible connections with the Netherlands are diminishing with the passing of early immigrants. 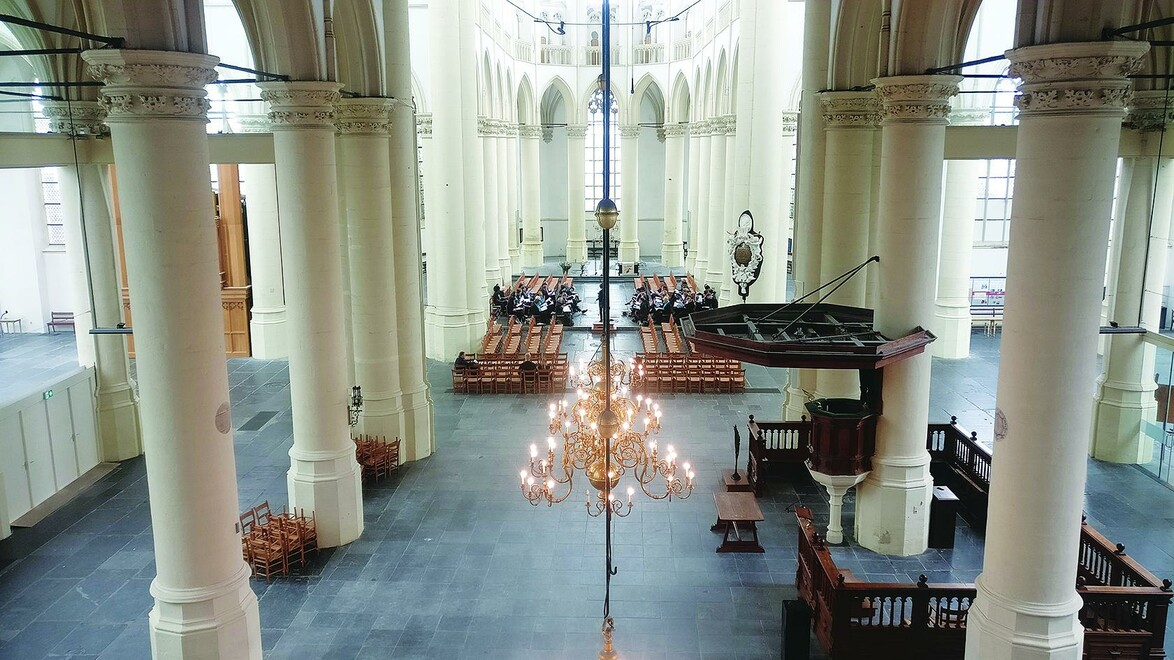 The success of this tour had much to do with the venues, many with magnificent, centuries-old organs. Breathtaking churches included the Basilica of Our Lady in Maastricht and the Grote Kerk in Dordrecht, where the Canons of Dordt were read several hundred years ago. We also participated in Sunday services in the Martinikerk in Groningen, the outstanding Cathedral of St. Bavo in Haarlem and the Hooglandsekerk in Leiden. A stop at Christelijke Hogeschool Ede (CHE) in Ede, which runs an exchange program with King’s, allowed us to reconnect with former students and fill the lofty-ceilinged cafeteria with song.

On a Friday morning in March 2020, King’s music instructors Dr. Joachim Segger and Frank Ho heard the news that Noon Tunes would be cancelled that day because of concerns about COVID-19. But this also…