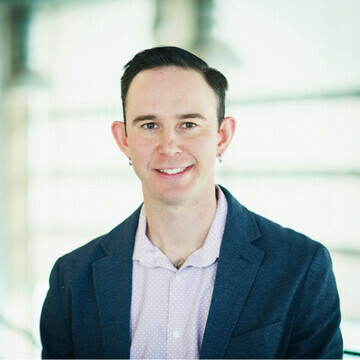 Ben grew up surrounded by beaches and potato fields on Prince Edward Island. He fell in love with mathematics in high school and dreamed of becoming a professor. He spent six years in Halifax, Nova Scotia for graduate school where his interests were drawn to the sweet spot between mathematics and computing science. During this time, he also worked for Nova Scotia Math Circles, delivering hundreds of interactive math presentations to schools all across the province. After receiving his PhD, he moved to Guelph, Ontario to work as a Roncesvalles Postdoctoral Fellow in the School of Computer Science at the University of Guelph. After another postdoctoral fellowship in the Department of Physics and Computer Science at Wilfrid Laurier University he joined The King’s University as an Assistant Professor of Computing Science in the fall of 2021.

Ben’s research interests are mainly in graph theory, the mathematical study of networks, although they also include other areas of discrete mathematics.  Currently, he is most interested in finding structures in families of graphs that can be exploited to develop efficient colouring algorithms. These algorithms can then be used to solve real-world scheduling and resource allocation problems. Other problems of interest are how to extract relevant information about a graph from the analytic properties of its associated graph polynomials. This can have applications to optimizing network reliability. You can access his publications and other relevant research items at his personal website.

Outside of work, he can most often be found playing with his young son, Asher. Ben also loves watching and playing sports (especially hockey) and has a passion for music. He has been in many bands over the years, most recently as the bassist for the band RootsDeepDown.