Close
close
Back to Impact History at King's

How were people disabled in the course of American expansion - through wars, conflict and sickness? How has the United States government and other imperial powers used frameworks of disability to make people feel, or seem less-than? These are all questions I am exploring in my research as there is an immense amount of power in discrimination, as well as immense amounts of injustice and tragedy.

"This project is truly about recovering people’s stories as a way of honouring their contributions, sacrifices and heroism, as well as their humanity, which is so often overlooked."

Part of this project is exploring the men injured during the construction of the Panama Canal. Historians often have little concept of injury policies, what it was like to be injured or where these men were sent. Many of the people working on the Panama Canal actually came from Barbados, a country experiencing economic depression at the time. Coming to Panama, these people began working in extremely dangerous environments riddled with disease, hunger, and pneumonia - not to mention that they were working with dynamite. Train accidents were also incredibly common leading to the countless examples of lost limbs, injuries involving being crushed by rocks, every horrible atrocity you can imagine.

My goal is to establish what happened to these people when this kind of life changing injury occurred. Were they cared for? Did they care for eachother? The answer here is yes, in many cases. Did these workers receive appropriate compensation? No. How did these brave individuals fight for the compensation they deserved? They wrote the most moving letters you can imagine to the governor of the Panama Canal. These letters sometimes reflect their accents. It feels like you can hear their voices through the archive. This project is truly about recovering people’s stories as a way of honouring their contributions, sacrifices and heroism, as well as their humanity, which is so often overlooked. 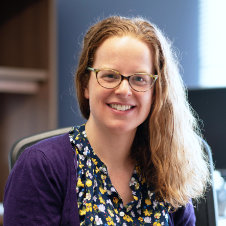