Dr. Christa Aubrey was actively involved in King’s community as a student. She was a passionate volleyball player and The King’s University Valedictorian in 2008. While at King’s she already had a passion for medicine and during a summer term, she volunteered overseas in Africa.

Christa has always been particularly passionate about women’s health, especially in countries in the global south and in immigrant women in Canada.

Upon graduating from King's, Christa pursed her Doctor of Medicine and is now a clinical fellow in gynecological oncology at the young age of 32. Christa has also continued to conduct research – receiving a Master of Science in Public Health. Because of her specialization in obstetrics and gynecology she is now a fellow of the Royal College of Surgeons of Canada.

"At King’s I learned how to have a big view of God," says Christa. "I caught the vision of The King’s University, not only in the courses I took, but also in my work with the Micah Centre and other student life and athletics related activities. So much of what I do in my day to day life I owe to the principles King’s has fostered in me” 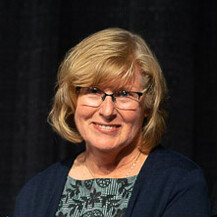