Close
close
Back to Impact Music at King's

On March 18, 2017, I was privileged enough to premier Four Blake Seasons in The King’s University Knoppers Hall.

The origins of this composition start with a student and a bit of poetry. In 2016, David McCune (BMus, ‘17), a bass voice student, gave me a series of poems by English poet William Blake exploring the four seasons, and asked if I would compose a set for his senior recital. Initially I was intrigued by the poetry and decided to take up this project. I began work on composing this set in the summer of 2016 and finished the last piece in late autumn.

I found Blake's poetry demonstrates a clear understanding of the seasons through their romantic and dramatic expression, not as those living in Western Canada experience them, but as Blake understood and personified them. It was a wonderful challenge to live the seasons imaginatively through the eyes and heart of Blake.

This set premiered at McCune’s senior Bachelor of Music recital. McCune sang, and Dr. Leanne Regehr, Sessional Lecturer, collaborated on the piano. The set was performed again in April of 2017 with The King’s University Choirs. McCune noted that he will continue to sing the set throughout his career.

The score will be published by the Canadian Music Centre. 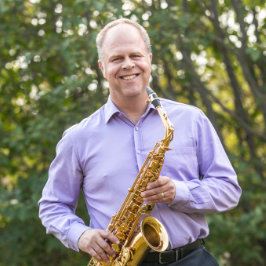