Why is Sex Such a Big (Moral) Deal?

Gay marriage, transgender bathrooms, and other questions about sexual and gender diversity (SGD) seem to generate more confusion, fear, and anger than other current social issues, especially among Christians. How can Christians with differing views keep talking about SGD without dividing families and churches? What informs the psychological and emotional response Christians have when they think about, discuss, and respond to issues related to sexual and gender diversity? These questions are what Dr. Looy and several senior King's psychology students have been researching since 2016.

Looy has studied the biology of gender and sexuality since she was a graduate student in 1987, but her interest in attitudes, emotions, and barriers to dialogue about gender and sexual diversity gradually emerged during her time at King’s.

One of the ways Looy and students under her supervision are researching this topic is exploring responses to Bill 10 (and 24) about LGBTQ-positive policies in schools. They collected around 600 online survey responses and conducted seven in-depth interviews with Catholic and Protestant school administrators, Christian parents of a transgender child, and LGBT-identified adults who experienced the school system prior to Bill 10. The data are still being analyzed but parts have been presented at The King's University Social Sciences Research Fair in 2017 and 2018 and at the Psychologists' Association of Alberta Annual meeting in 2017.

King's student-researchers have also been researching attitudes on a range of moral issues, including sexual and gender diversity, by administering questionnaires and getting people to react to images or words evoking these issues and measuring their physiological responses as well as what they report feeling. Some of that work has been presented at the University of Saskatchewan Undergraduate Psychology Research conference in 2017 and 2018 and at The King's Social Science Research Fair in 2018. These data are under further analysis.

Alongside that research, Looy has also been presenting and facilitating conversations with community groups such as Catholic school board trustees, church councils, church congregations, and para-church organizations on these topics for the past few years.

Looy's paper "Why is Sex such a Big (Moral) Deal? Psychological Barriers to Constructive Dialogue on Sexual and Gender Diversity in Christian Communities" has been accepted for publication in an upcoming issue of the Social Justice Research journal. 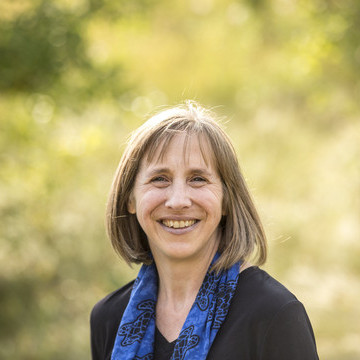