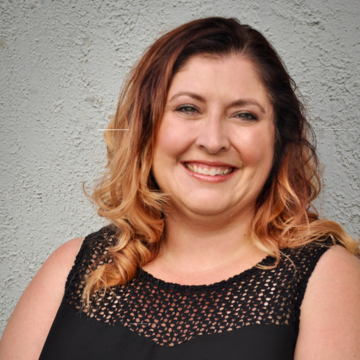 Kimberley Denis, Denis (M.Mus Vocal Performance and Choral Conducting, B.Mus, B.Comm, M. Dip, Ed. Dip) is known for her energy and enthusiasm both on stage and off, and is sought after as a soloist, choral clinician, and adjudicator for voice and choir. Upon completion of both her commerce and music undergraduate degrees at Mount Allison University, she returned to Alberta where she completed Master degrees in choral conducting and vocal performance at the University of Alberta. She also holds an associate diploma in Education and a music diploma in contemporary vocal performance from Red Deer College.  Vocal credits include a nomination for 2010 and 2012 Lieutenant Governor of Alberta Emerging Artist Award, recital appearances around the province, and a year-long tour with Up With People.  She has worked with Live Bait Theatre, New Brunswick’s only professional English-speaking theatre company, appearing in many of their musical dinner theatres, and has also played in Jason Robert Brown’s song cycle Songs for a New World, Cathy in The Last Five Years, Bonnie in Anything Goes, Kate in Kiss Me, Kate!, and Frumah Sarah in Fiddler on the Roof.  She is currently a core member of Pro Coro Canada, Edmonton’s professional choral ensemble and one of Canada’s most innovative choirs and has toured extensively as a singer in collaboration with the world percussion group, the Jamani Duo.

Conducting credits include a wide variety of ensembles across the province; she has previously worked with the Mount Royal Youth Choir, the Red Deer College Chamber Choir, the Nota Bene Youth Choir, the Edmonton All-City Junior Children’s Choir and All-City Treble Choir and the Red Deer Children’s Choir.  Currently, she directs Shumayela, the Kokopelli Apprentice Choir in Edmonton, which she founded in 2006, and the Lynne Singers, a non-auditioned adult community ensemble.  She is also the choral and voice specialist at MusiCamp Alberta and has worked with the Alberta Summer Suzuki Institute, providing a singing opportunity for students attending the strings workshops.  She is an experienced director of church music, having begun work in this area in 2000 at Mountain View United Church in Moncton, New Brunswick.  Since then, she has worked for Knox Presbyterian Church in Red Deer, Trinity United Church in Edmonton, St. Thomas Anglican Church in Sherwood Park, Holy Spirit Lutheran Church in Edmonton, and is currently a worship leader at Chalmers Castledowns United Church in Edmonton. Music for theatre credits include vocal coaching for Red Deer College’s production of Rent, creating and directing a live vocal music score for Red Deer College's production of Romeo and Juliet and creating and directing a live music score for the world premiere of Vern Thiessen's adaptation of Wuthering Heights.

In addition to her work as a singer and conductor, Kimberley arranges pieces for choirs and is published by Cypress Music and Augsburg Fortress, and is a music editor for Woodland Cree Dene songwriter and composer, Sherryl Sewepagaham.