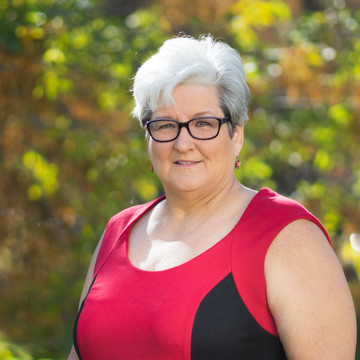 Elizabeth Raycroft, soprano, trained at the University of Alberta (B.Mus,), at the University of Houston (M.Mus, Opera) and at the Hochschule für Musik in Vienna. She has performed roles with Edmonton Opera in their productions of Jenufa (Karolka), HMS Pinafore (Hebe) and The Marriage of Figaro.  She has worked with many renowned conductors (Richard Bradshaw, Elmer Eisler, Uri Mayer), directors (Kelly Robinson, Katherine Twaddle), coaches and regularly shares her experience and knowledge in masterclasses, workshops and through adjudicating festivals throughout Western Canada. She is a regular oratorio soloist, having performed in Handel’s Messiah with the Red Deer Symphony, Bach’s Mass in B Minor with the Augustana University Choirs and Haydn’s Mass with the Edmonton Opera Chorus.

Her voice has been heard on CBC Radio Two from the Call of the Wild International Horn Festival.  She is an avid performer of new music and has had many new works created for her.  She recently premiered “Four Songs” by Edmonton composer Joseph Lai. As a supporter of local arts and artists, Ms. Raycroft was a founding member of the Cantilena Consort and was co-founder of the creative ensemble “edmonton cooperative”, or “ECCO Theatre”, which promoted the power of the human voice by developing and training local talent, providing progressive performance opportunities and enhancing the cultural flavour of Alberta by breaking down the barriers of opera through education, modern interpretation, community involvement and the development of new audiences.

Ms. Raycroft is very involved in the musical community in Alberta, having sat on the boards for ARMTA Provincial, ARMTA Edmonton, NUOVA and is past-president of NATS North Central Alberta Chapter.  She is coordinator for the Provincial Vocal Competition, hosted by ARMTA Provincial, and has had many students win the Northern Alberta Concerto Competition, performing with the Edmonton Youth Orchestra in the Winspear Centre.  Her students consistently excel at local festivals and have participated in Provincial Festival.  She has students performing in local opera and musical theatre productions and with the Edmonton Opera, both as chorus members and in comprimario roles.  She has also worked with many local choirs and was a member of Pro Coro Canada for over 15 years.

For three years, Ms. Raycroft performed the role of the Mother in Amahl and the Night Visitors.  She performed in Toy Gun Theatre’s 2014 Fringe mega-hit “Propylene Glycol, Maltodextrin, Retinol Palmitate and Other Words I don't Understand Like Love”, which also toured throughout Alberta in June and July, 2015.  She is a regular recital performer at Faculty Recitals at The King’s University.  She was recently seen performing the role of Signora Naccarelli in Walterdale Theatre’s production of “The Light in the Piazza”.

Ms. Raycroft has been on faculty at Augustana University, MacEwan’s Alberta College Conservatory of Music and since 2000 has been on the faculty at The King’s University where she teaches voice, diction and vocal pedagogy.