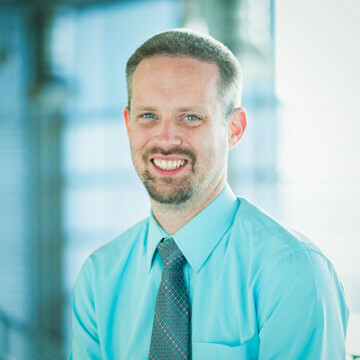 Kristopher graduated from King’s in 2001 with the first four-year B.Sc. in chemistry. He did his Ph.D. in chemistry at the University of Alberta studying Nuclear Magnetic Resonance spectroscopy, and in 2007, spent a year-and-a-half at the University of Delaware doing post-doctoral work in chemistry and biochemistry before returning to King’s in 2008. Kris is an Associate Professor of chemistry, teaching introductory, inorganic, physical, industrial, and environmental chemistry. His NSERC funded research group’s primary focus is the study of water in hydrated materials, and he has recently developed an interest in creating novel polymers using transition metal catalysts.

Kris is actively engaged in the chemistry education community and occasionally can be found reading in diverse areas such as history, philosophy, and theology. Kris currently serves as the Dean of the Faculty of Natural Science.