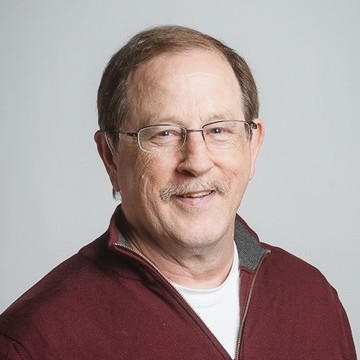 Dr. John R. Wood is Professor Emeritus at The King’s University. He is the President of the American Scientific Affiliation Executive Council and sits on the board of Global Scholars – Canada. John was the Dean of the Natural Sciences Faculty at King’s (2011 -2017) and prior to that, served as the Academic Dean for The Au Sable Institute of Environmental Studies. John was a founding member of the Environmental Studies program at King’s. He was also on the executive board of the Canadian College and University Environmental Network (CCUEN). This professional organization was instrumental in developing a nation-wide academic accrediting system for environmental science and studies degrees in Canada. In 2012, he was on the team when King’s was the first university to receive accreditation for the environmental studies degree.

Dr. Wood earned his PhD for research in insect behaviour and aquatic ecology at The University of California – Berkeley. Over his career he has taught insect biology, limnology, and stream ecology to students in Canada, the U.S., and overseas. His research interests lie in urban ecology, global food security, and campus sustainability. For over two decades, he and his students have studied population fluctuations of White-tailed Jackrabbits in Edmonton and their nocturnal behaviour. Together with Dr. Heather Looy, he has explored new food adoption practices and our cultural blind spot toward edible food insects (Loblaw’s stores have recently added Cricket Powder to its President’s Choice line across Canada). Recently his research has turned to exploring the ecological and theological implications of the necessity of physical death.