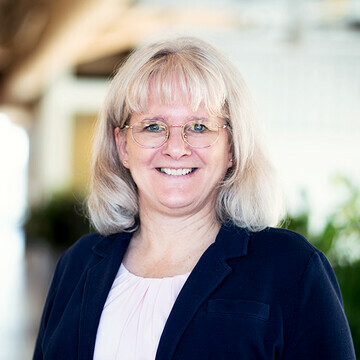 Margie resisted the call of teaching for a number of years, preferring instead to dream of becoming Canada’s Prime Minister. That was not to be, for as she became more self-reflective, she realized her character did not match the job. Instead, those years prepared her for being a teacher. She travelled throughout Central America, learning how the various civil wars in the region impacted the lives of families and communities. As a result, she became involved in Canadian organizations advocating for the civil and human rights of Central Americans in their home countries as well as in Canada. Margie also worked for Citizens for Public Justice–B.C. on a grant to address particular Aboriginal justice issues.

These experiences led her to recognize how important teachers are in shaping young peoples’ attitudes about the world. Margie obtained her teaching certificate and taught high school social studies for 12 years. She hopes that she contributed to a hunger for justice among her students and a hope that we can re-imagine the world and it can be other than it is if we take seriously the biblical mandates to love God and our neighbours.

Now she prepares future teachers, and two of her courses are about how to teach social studies. The fact that in her heart she is, and always will be, a social studies teacher is evident in her other courses because she believes the messy, diverse, intriguing society in which we live is the context in which we all teach, and no part of education can be studied in isolation from its reality.

2011 The Nature of the Canadian Religious Right in the 1980s and 1990s. Canadian Society for Church History, Fredericton: June.

2010 The importance of a definition: An evangelical conception of secularism. Canadian Society for the Study of Religion, Montreal: June.

2009 Religious voices in the public square: The experience of the Evangelical Fellowship of Canada. Canadian Society for the Study of Religion, Ottawa, May.

2008 Conservative Protestants and Canadian Civil Society: The case of the Evangelical Fellowship of Canada. Canadian Society for the Study of Religion, Vancouver: June.

2017 You mean I have to teach that too? Proposed teacher PD re religion in SS. Canadian Society for the Study of Education. Toronto: May 28.

2017 Teaching about religion in Alberta public schools. Canadian Society for the Study of Religion. Toronto: May 28.

2016 Educating for Courage. International Association for the Promotion of Christian Higher Education - Europe, The Netherlands: April.

2013 Overview of the winter schedule and related issues. Teacher Education Advisory Council, May.