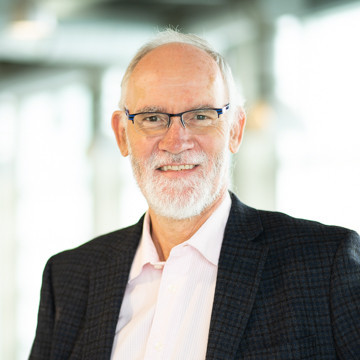 Joachim Segger is a versatile musician who regularly plays piano solo, duo and chamber recitals, as well as concertos. He has performed in various venues throughout North America, Europe and South Africa and is frequently heard on CBC local and national broadcasts. He was a semifinalist in the Gina Bachauer, CBC, Robert Casadesus, Maryland and Bach International Piano Competitions and was the winner of the prestigious Canadian Women's Club Competition in New York City that resulted in a Carnegie Recital Hall début.

Segger’s piano professors include Ernesto Lejano and Helmut Brauss (University of Alberta), Kurt Neumüller (Mozarteum, Salzburg), Cécile Staub Genhart (Eastman School of Music) and Menahem Pressler (University of Indiana). One of the youngest students at Eastman to receive the Performer’s Certificate, he also won the concerto competition and performed the Prokofiev Piano Concerto no. 2 with the Eastman Philharmonia conducted by David Effron.

Joachim and his wife, Marnie Giesbrecht, collaborate as Duo Majoya. In addition to playing piano duet repertoire, they play organ duets and organ/piano duos. Their concert programs and CDs are broad in scope, including transcriptions, improvisations (Joachim) and new music. Their performances and recordings are received with critical acclaim. Works for organ and piano by several Canadian composers have been commissioned for Duo Majoya.

Joachim Segger is also an organist. He has given workshops on organ and/or piano improvisation at national conventions and conferences in Canada and the United States. He and Marnie are Directors of Music at First Presbyterian Church in Edmonton.

Community and other professional services