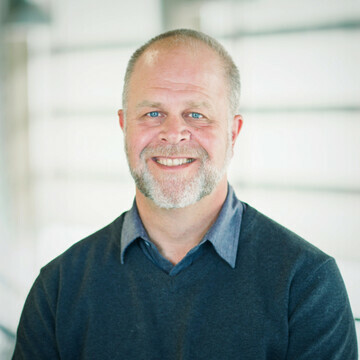 Described by Classical Music magazine as a musician of “dazzling commitment and versatility,” Dr. Charles Stolte enjoys a career as a saxophonist and composer that takes him throughout the world.  He has performed for—and his compositions have been performed for—such musical luminaries as Jean-Marie Londeix, Claude Delangle, Marta Ptasynska, Gunther Schuller, Ned Rorem, Frederick Rzewski, John Corigliano and Henryk Gorecki.  Glowing reviews in the Chicago Tribune laud him as a “talented performer with glossy technique and bluesy charm,”and he enjoys frequent support from the Canadian provincial and national  governments for his composition projects and performance tours.  In 2006 and 2009, Dr. Stolte enjoyed financial support from Canada Council for the Arts and Alberta Foundation for the Arts for tours of Canadian music through Germany and Poland and in 2008 was a distinguished teacher of saxophone at the XII Woodwind Workshop in Szczecinek, Poland.  In 2000, Canada Council for the Arts awarded an Outreach Grant supporting the premiere in Montréal of Last Transfer, his large work for saxophone quartet, two pianos and two percussion and The Alberta Foundation for the Arts (2009, 2006, 2004) and Royal Canadian College of Organists (2008, 2006) have funded commissions for several recent works for organ, string orchestra, guitar, saxophone, horn, recorder and a recently premiered concerto for saxophone and orchestra.

CBC radio has broadcast his performances and compositions nationally and his music enjoys performances across North America and in Europe. He can be heard on a variety of recordings as a saxophone soloist, in the Stolte/Segger Duo with pianist Joachim Segger, as alto saxophonist with the Edmonton Saxophone Quartet and as a member of Ensemble Mujirushi, Edmonton’s “New Music Supergroup” (Edmonton Journal). Stolte has presented his own music, and music written for him, at conferences throughout North America and he was a featured composer and performer at World Saxophone Congresses XII and XIII in Montréal and Minneapolis, respectively.

Dr. Stolte is Associate Professor of Saxophone, Music Theory and Composition at The King's University and Instructor of Saxophone at Grant MacEwan Alberta College Conservatory of Music. He has served on the faculties of Indiana University of Pennsylvania, Roosevelt University and the University of Alberta. He holds a Doctor of Music degree in Saxophone Performance from Northwestern University, where he was the first Canadian to be accepted to the doctoral program for study with renowned saxophonist Frederick L. Hemke.  Dr. Stolte also holds degrees from University of Alberta and The King’s University College. His teachers include Frederick L. Hemke, William H. Street, Howard Bashaw, Malcolm Forsyth, M. William Karlins and Jay Alan Yim.

I. Woodwinds and brass

At the Lake (2004) A Children’s Suite for horn and piano – 14’
Commissioned by Mary Fearon through Alberta Foundation for the Arts
Performers: Mary Fearon (Edmonton)