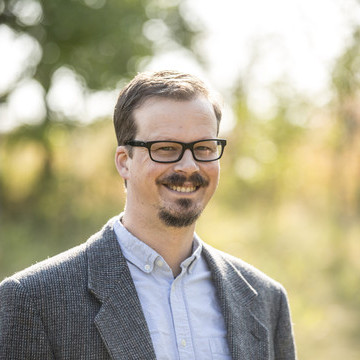 Dr. Michael DeMoor is Associate Professor of Social Philosophy in Politics, History, and Economics. He has been at King's since 2009 and teaches courses on (inter alia) human rights, markets and society, the history of political thought, democracy, and war and peace. His research currently focuses on how different conceptions of human rationality do and should shape how we make and justify public policy. In his spare time (such as it is) he enjoys birding, hiking, and arguing with people about hockey.

Brandom and Hegel on Objectivity, Subjectivity, and Sociality: A Tune Beyond Us, Yet Ourselves. Vrije Universiteit, Amsterdam, July 2011.

“Spiritual Formation for Civil Life in the Neo-Calvinist Tradition" Forthcoming in Religious Perspectives on the Civil Life: A Symposium. Edmonton: The Chester Ronning Center for Religion and Public Life.

With Denis Edney and David Goa, “Omar Khadr: What does his case teach us about human rights in Canada today?” Round table discussion, Winnipeg, Sept 19, 2014.

“Spiritual Formation for Civil Life in the Neo-Calvinist Tradition" The Ronning Centre for Religion and Public Life: Religious Perspectives on the Civil Life: A Symposium. The King's University College, Edmonton, March 2011.

“Holism and the Constitutive A Priori: Hegel, Quine and Friedman” Canadian Society for the History and Philosophy of Science annual conference, May 28-31, 2007, University of Saskatchewan, Saskatoon SK.

“Friedman’s Neo-Kantianism and Quinean Holism: Possibilities for Rapprochement” Canadian Society for the History and Philosophy of Science annual conference, May 29-31, 2006, York University, Toronto.

“The Philosophy of Art in Reid’s Inquiry and its Place in the Tradition of 18th Century Scottish Aesthetics.” Hume and His Critics Conference.  April 14-16, 2005, Baylor University, Waco TX.