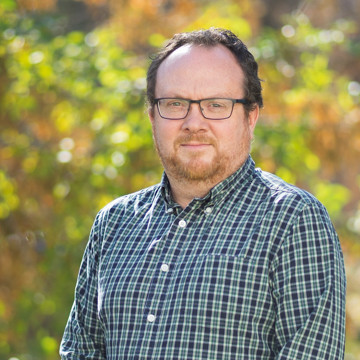 Mark Sandle is Professor of History at King’s. He specializes in Russian/Soviet and Modern European History. He has had a long-standing love affair with Russian and Soviet history and culture which began during his undergraduate days and has carried on ever since. He is also very interested in how and why we study History, and the impact contemporary culture has on the study and writing of History. He is still hoping to become a TV history celeb, but alas it now seems unlikely!

Mark’s interests lie in the Soviet period of Russian history and the Second World War. He has been working in Moldova for the last few years and researching the history of the partisans in Soviet Moldavia between 1941 and 1944. He is also working with his colleague Will Van Arragon on a book for undergraduate students about the integration of faith and history entitled A Time for Everything: Christian Faith and the Practice of History.

His latest research project is a new history of WWII, examining the war from the perspective of common human experience, exploring themes such as love, loss, sacrifice, betrayal, resilience, and solidarity in wartime. It will be published by Bloomsbury Press.

Mark is interested in many different aspects of teaching and learning, but has a particular specialist interest in assessment and feedback. He is currently exploring how students use feedback in their learning. Mark is also keen on the use of IT and online materials in teaching, and is developing the use of Moodle as a learning tool for students.

In 2007 in the UK he was awarded a highly prestigious National Teaching Fellowship, one of 50 awards across the country for excellence in teaching.