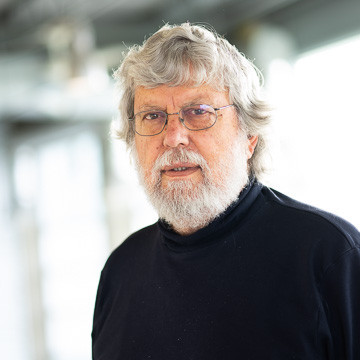 Elwil came to King's from the University of the Free State in South Africa. There he obtained his Ph.D in Economics, specializing in Development Strategy. In addition to teaching at the universities of Stellenbosch and the Free State, Elwil also worked as Policy Consultant for the Southern African Development Bank and led research at the Human Sciences Research Council in Pretoria, South Africa. Elwil was awarded the Ernest Oppenheimer Travel Fellowship in 1990 and did research at the Institute for Social Studies in The Hague.
Since joining the faculty at King's he was instrumental in designing and launching its initial B.Com. degree as well as co-designer of the PHE program. He was also chair of the Social Science Division. During a sabbatical he spent a year producing background policy papers for the South African government's NEPAD initiative as well as teaching as visiting professor at the Graduate School of Business of the University of Stellenbosch. There he participated in launching the South African branch of the world-wide Base of the Pyramid Learning Lab initiative.  He also served for 8 years as a board member of the Christian Labour Association of Canada. His current interests are ecological economics and the interaction of politics and economics.