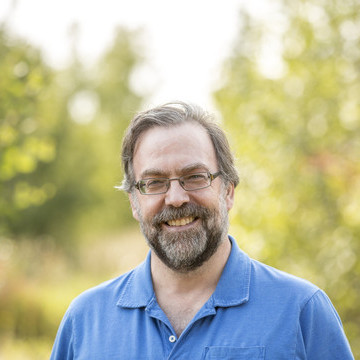 Glenn has been a staff member at King’s since 1990, serving first as Director of Computing Services and, since 1994, as Registrar. Prior to joining King’s, Glenn worked for Kodak Canada managing computer networks in offices from Vancouver to Montreal. Glenn holds a BA (1982) from North American Baptist College, a M.Div. (1985) from North American Baptist Divinity School, and has completed graduate studies in Information Systems through Athabasca University. Glenn also teaches the occasional course in computing science.

Combining his technical experience with his long experience, Glenn helps King’s provide state of the art student service in the context of King’s unique mission. Glenn was the founding President of the Alberta Registrars Association, and has served on organizing committees for regional and national registrars association meetings. He has also made several presentations at professional meetings – most recently presenting at Alberta Services for Students Conference, Canadian Association of College and University Student Services Annual Conference and the national conference of the Association of Registrars of Universities and Colleges in Canada. He was recognized by the Western Association of Registrars of Universities and Colleges in Canada with a Service Award in June 2015.